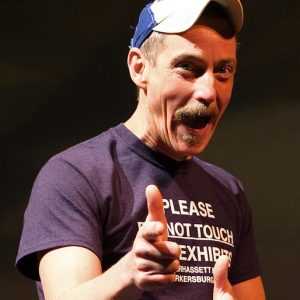 A storyteller, author and recording artist, Bil Lepp’s works have received awards and recognition from Parents’ Choice Foundation, the National Parenting Publications Association and the Public Library Association. In 2011 Bil was awarded the National Storytelling Network’s Circle of Excellence Award. He has been featured more than 18 times at the National Storytelling Festival and performed at major storytelling festivals such as the Smithsonian Folklife Festival and at corporate events and functions across the country. He is a nationally known storyteller and a five-time champion of the West Virginia Liars’ Contest. Although a champion liar, his stories often contain morsels of truth which shed light on universal themes. Be it a hunting trip, a funeral, or a visit to the dentist, Bil can find the humor in any situation. He explains that, while his stories may not be completely true, they are always honest. 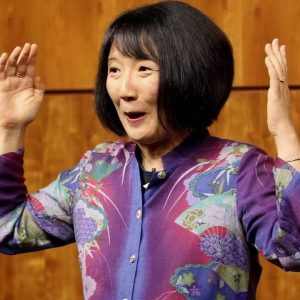 A native of Osaka, Japan and a graduate of International Christian University in Tokyo, Motoko has made Massachusetts her home since 1986. She started off teaching Japanese at the University of Massachusetts in Amherst before she began studying mime and storytelling from the masters. She brings an exciting and entertaining Japanese touch to everything she does.

She has appeared on PBS’ Mr. Rogers’ Neighborhood and toured Miyazaki, Japan as a part of the Carnegie Kids in the Miyazaki Project. In addition, she has been a four-time featured teller at the National Storytelling festival in Jonesborough, Tennessee.

In 2017 Motoko received the Circle of Excellence Award from the National Storytelling Network. She has been enchanting audiences of every age since 1993. Her repertoire includes Asian folktales, Rakugo and Zen Tales, ghost stories, mime vignettes, as well as oral memoirs from her childhood in Osaka and as an immigrant in the U.S. 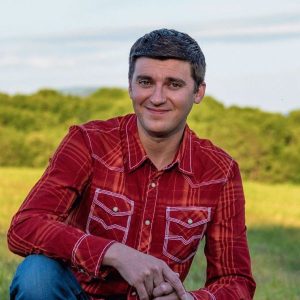 Josh Goforth must have been born musical. He was already playing piano in church by the age of four, but in sixth grade, he really began his musical and storytelling career while watching a performance by his aunt, Sheila Kay Adams. A couple of years later he received his first guitar and learned how to play from a great uncle, as well as appreciate the heritage of his native Madison County in a town called Sodom, North Carolina. Over the years he learned to play at least 10 different instruments by ear.

But music is not his only talent. He is highly regarded as a storyteller, whether singing an old mountain ballad or getting laughs from audiences of all ages as a teller of family tales. 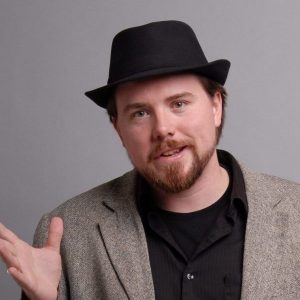 Paul Strickland is a songwriter, musician, actor and storyteller and a favorite of the Cincinnati Fringe Festival, but he has taken several roads to arrive where he is today. He has won numerous awards for his performances as well as having traveled throughout the United States and Canada.

Paul “firmly believe[s] that making people laugh at themselves and think in a new way about the world is a good way to help them escape while, hopefully, gaining some perspective on what they are escaping from.”

According to the Cincinnati Enquirer, “An hour spent with master storyteller Paul Strickland is an hour well spent and one which you shouldn’t miss. 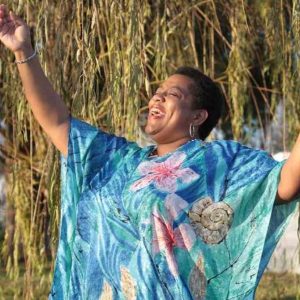 Sheila Arnold lives in Hampton, Virginia and is the CEO and lead performer of “History’s Alive.” Her major focus is performing, managing and marketing this business. She has given over 600 presentations to schools, churches, professional organizations and museums in 26 states. She also contracts with Colonial Williamsburg to present Historic Character Interpretation and to teach at the Summer Teachers Institute. She tells a variety of stories — “whatever fits good in my mouth”— which include but are not limited to original stories, folktales, tall tales, African American tales, multicultural, historical and personal stories. She has been a featured “regional” storyteller at the Colonial Williamsburg Storytelling Festival and a featured teller at the National Storytelling Festival in Jonesborough, Tennessee.